The last four days on a bicycle. We experienced heat in eastern Washington, stayed in historic motels, experienced Bavarian life in America, slept in tree houses and jumped into raging rivers. But most importantly we successfully rode our bicycles across the United States!!! 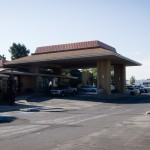 One of the joys of traveling together: Motels become so much cheaper. After a lot of camping Sean and I split a hotel room in Spokane Valley, Washington. 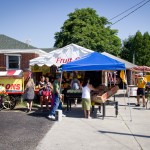 Washington State, where one can find a good fruit stand on almost every corner. 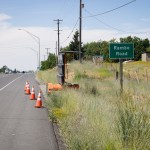 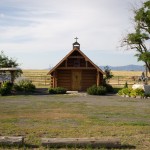 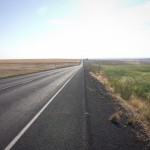 The eastern part of Washington was surprisingly hot and dry. Not too many people there either. 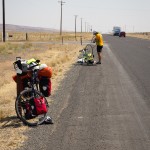 About two miles before arriving in Coulee City Sean broke a spoke. We still made it to a small gas station there in time to watch Germany win the world cup. 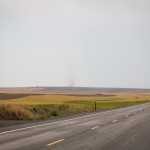 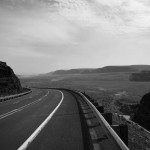 Washington has canyons, too. 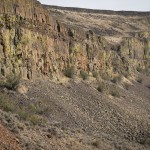 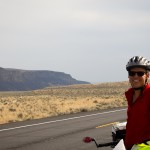 We took a lot of photos in Sulphur Canyon. Partly because it was really stunning, but it also felt good to get some rest from riding in the heat. 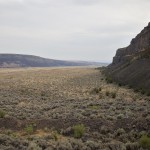 Looking towards the South from Highway 2 in Sulphur Canyon. 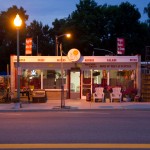 Since the soccer players in Brazil decided to go into overtime, we arrived really late in Waterville. Just in time to get burgers and fries at the Shocker Shack. The food was excellent, but there is still room left for improvement regarding the choice of TV channels:-) 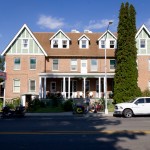 We got the last room in the Historic Waterville Hotel. What an interesting place! 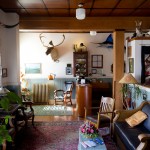 The Lobby of the Waterville Hotel. The rest of the hotel was filled with really interesting items as well. 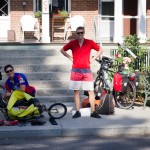 Getting ready the next morning. News of wild fires in the area didn’t take down our mood! 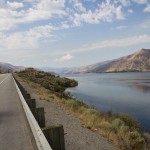 After a great downhill Sean and I arrived at the Columbia River. We drank too much apple cider at one of those fruit stands though, resulting in a stomach ache for both of us. 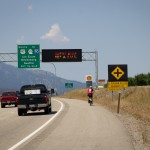 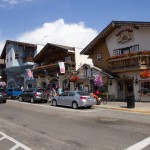 The whole town of Leavenworth follows a Bavarian motif. Yes, some parts were really kitschy, but overall it could have been much worse! 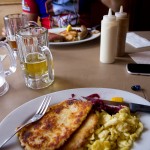 Mei, san die guat! We had a Bavarian/Austrian lunch in Leavenworth. 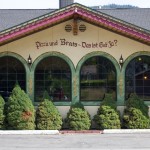 Whoever came up with this sentence – only an artist can mix two languages and a lot of cliches into 7 words! 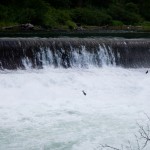 Jumping fish in the Wenatchee River. 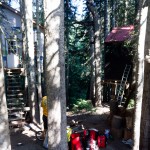 As it was getting dark we still hadn’t made it to the top of Stevens Pass. We couldn’t decide if we wanted to push on into the night or camp out in bear country. Suddenly I heard noises from a chainsaw just off the highway near the top of the mountain. “Dude, I am not asking a guy with a chainsaw if I can stay at his place!”, said Sean. So I did and we met Mitchell, Erika, Reece, and Cedric who were living off the grid in tree houses that they built. 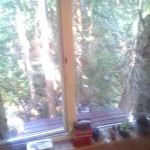 They let us stay with them and cooked dinner for us. Cedric even spoke German. I admired the way that they built their houses between the trees. I am engineer afterall. Their current project was to build a giant hot tub in the woods. Very nice! 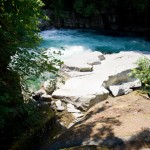 The last day on a bike of the trip was really hot. Luckily we were riding next to South Fork Skykomish River. 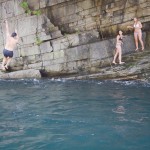 Jumping into the river from different heights. 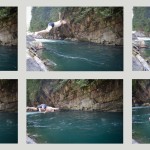 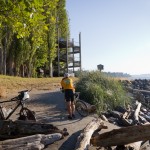 And then we made it to the coast! What a feeling after all that time on a bicycle! Not without another challenge, of course. We had to carry our bikes up all those stairs to get to the beach in Everett. 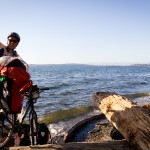 Officially rode my bike across America here. Such a good feeling! 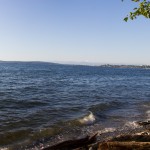 I said goodbye to Sean and then had about an hour until Junxia picked me up in Everett. Watching the waves and listening to nature made me feel at ease.

Waterville to a tree house in the wild

Stevens Pass to the imaginary finish line in Everett!